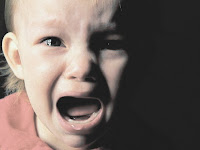 Today the state's largest newspaper brings more bad news, informing us of Oklahoma daycare centers where "children have died or been burned, molested, abused, left alone in cars or wandered unsupervised into the street ... Some day cares still had their licenses months after DHS workers or police found marijuana, cocaine or guns. Some still had their licenses months after DHS was told a murderer, rapist or drug offender lived there, records show."

In the weeks ahead politicians and commentators doubtless will clamor for improvements in the way daycare centers are operated and regulated. But hopefully many parents will ask themselves a more fundamental question: Is it really a good idea for children to be raised by strangers?
Email Post
Labels: Culture Wars