Thou Shalt Not Petition My Government 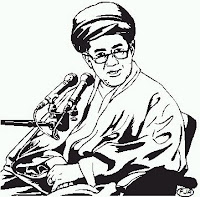 I'm blogging about this because it's important. I urge you to give it some attention. Term-limits leader and taxpayer activist Paul Jacob, along with two others, is being prosecuted and persecuted by Oklahoma's autocratic attorney general, Drew Edmondson. Paul summarizes the situation here.

An editor at the Heritage Foundation wonders if Drew's indictment is vindictive. In a piece called Arresting Your Political Opponents, columnist (and Stanford Law graduate) Doug Bandow says Oklahoma "has taken on a Third World tinge." Even the liberal Muskogee Phoenix wonders if there isn't a double standard at work. You can keep up with the story here.
Email Post
Labels: Politics