'The Most Prestigious Address in College Football'

"Oklahoma's position atop the Prestige Rankings is a triumph of consistency over flash -- of steak over sizzle," says ESPN.com senior writer Ivan Maisel ('Times change, but OU stays on top'):

In the 73 seasons since The Associated Press began polling in 1936, other schools with winning traditions and larger national profiles have ebbed and flowed toward the top. The Sooners arrived there shortly after World War II and signed a long-term lease. 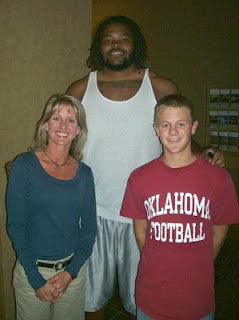 The Prestige Rankings are a snapshot. ... In every snapshot taken at 10-year intervals over the past 50 years, however, the same team is at the top.