[This column appeared July 30 in The Oklahoman.]

The folks pushing State Question 744, a measure that would increase ’s per-pupil spending to the regional average, like to argue that ’s education system is “underfunded.”
I’m thinking to myself, “Are you so underfunded that you can’t even teach kids to read?”
Last year I had the opportunity to contribute an article to a publication, “Getting Ready for Work: Education Systems and Future Workforce,” produced by The Oklahoma Academy, a venerable think tank founded in 1967. Also included in the publication was an important article on literacy written by Martha Gregory, a researcher for the Tulsa City-County Library System.
Ms. Gregory, after reviewing the most recent literacy data produced by the federal government, concluded that “the record for the nation is abysmal and we [] are for the most part in step.” 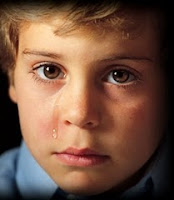 Twelve percent of ’s adult population is “below basic” in prose literacy. Ms. Gregory equates this to a reading level of third grade and below.
Another 31 percent of the population reads at the “basic” level. This is between the fourth grade and seventh grade reading levels.
In other words, she says, 43 percent of ’s adult population reads at a seventh grade level or lower.
I urge you to take a look for yourself at the literacy report cited by Ms. Gregory. Entitled “Highlights from the 2003 Oklahoma State Assessment of Adult Literacy,” it was prepared with funding from taxpayers and is available on the website of the state Department of Education.
Among other things, the report looks at literacy in by levels of educational attainment. For example, more than half of ’s high-school graduates read at the basic level or below, i.e., at a seventh grade level or lower.
Arguably even more appalling is the revelation that 13 percent of ’s college graduates read at that seventh grade level or lower.
I’m reminded of Joseph Sobran’s devastating quip, “In 100 years we have gone from teaching Latin and Greek in high school to teaching remedial English in college.”
Regrettably, things are not getting better in , according to a new study published by The Foundation for Educational Choice, , and the Oklahoma Business & Education Coalition.
The study, Reform with Results: What Oklahoma Can Learn from Florida’s K-12 Education Revolution, points out that “the reading scores of Oklahoma students over the past decade not only have failed to improve, they actually have declined. This drop came in spite of a 42.8 percent increase in the inflation-adjusted per-pupil spending in between 1998 and 2007.”
“Oklahomans have suffered from a malady all too common in the : paying more for K-12 schools without receiving the benefit of improved student learning. The state desperately needs far-reaching changes to its education system.”
Yes it does. Preferably changes which will ensure that if we give the schools 13 years and a hundred grand, they will at least teach Johnny to read.
Email Post
Labels: Education Public Policy