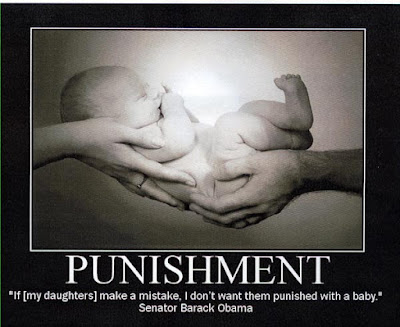 You may have seen in the news recently where state Rep. Doug Cox, defender of an organization which performs more than 300,000 abortions each year (donate here if you think Tulsa has too many blacks), made the following remarks:


If it wasn't for family planning, the amount of women contributing to society and the Legislature and the workforce that makes this country great would be far different. A lot of them would be home barefoot, pregnant, and in the kitchen. I don't want to revert to those times. I don't want to punish Oklahoma women for getting healthier.

What is it with these politicians stuck on this twisted concept of punishment? In any case, today in The Oklahoman, Ann Cook of Yukon provides a thoughtful and articulate response to Rep. Cox, saying his opinions "should make you stop and think about the value of the women in your life."


A pregnant woman is unhealthy and pregnancy is a disease to be avoided? A woman must avoid having children to contribute to society? Personally, I would love to revert to a time when good parenting was considered a virtue and mothers and fathers, together, were proud to raise children into strong, happy, healthy adults. This country is great because of past generations' commitment to teaching their children to know their own worth and to respect others. If we are still great, it's due to the strength of their convictions, but I fear the worst as those values disappear.

As long as these attitudes persist, women will feel pressured to go outside the home to accomplish something that society values, and we'll continue to get the same results we've gotten for the past 50 years, since we embraced our twisted version of women's liberation.

Very well said. I would respectfully suggest that Rep. Cox needs a much broader understanding of what "makes this country great."

UPDATE: Rep. Cox was given the 2013 "Barry Goldwater Award," presented by the Planned Parenthood Federation of America to a public official who has supported Planned Parenthood and "reproductive health issues."
Email Post
Labels: Planned Predators