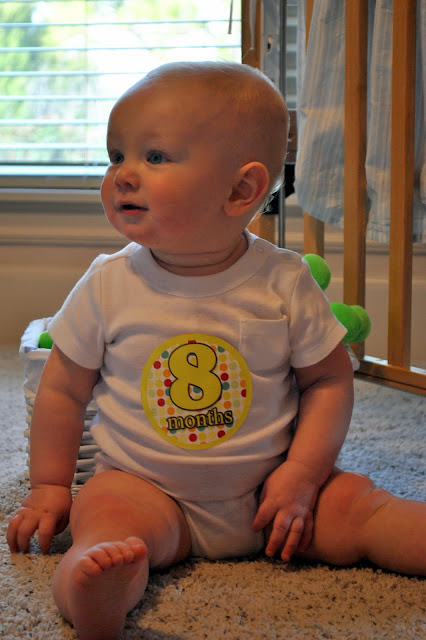 Oliver is still as happy as ever, smiling all the time and saying mamamamamama, dadadadada, and bububububu. And along with "happy" we've added a new adjective to describe him: "busy." Now that he has figured out how to crawl, he is on the move. He doesn't sit still for long, and will squirm and twist and wiggle to get out of our arms and down on the ground (Brandon calls this maneuver the "Oliver twist").

These pictures were hard to get. I would set Oliver on his bottom and as soon as I took my hand away he was off. I took about 40 shots and only got a few of him sitting still. 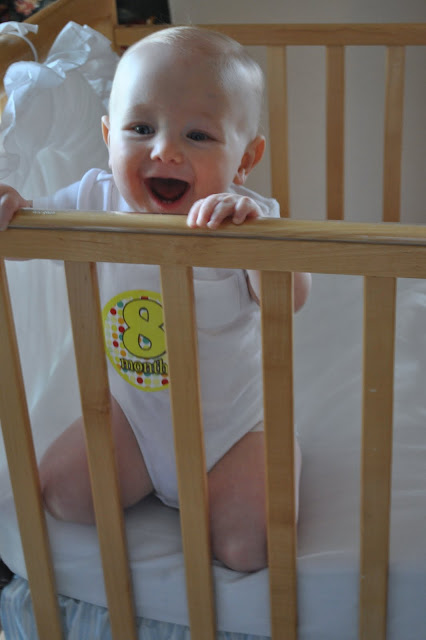 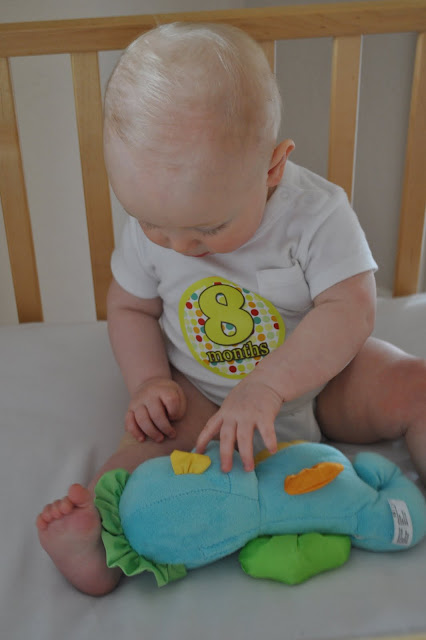 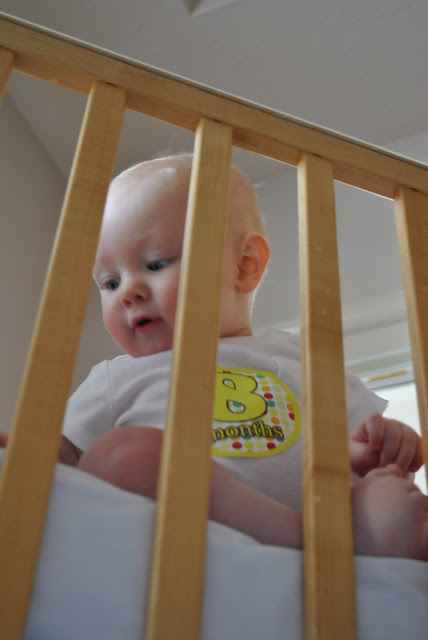 When we first brought Oliver home from the hospital, Charlie was very curious about this new addition and would slowly creep up to look at him. Charlie was always gentle and careful not to get too close. Now the roles are reversed and it's Oliver who wants to investigate Charlie and everything that Charlie chews on. As soon as Oliver gets a glimpse of Charlie he tries to catch him. 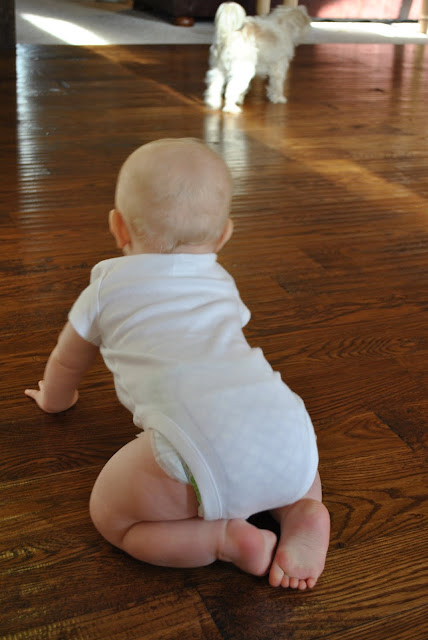 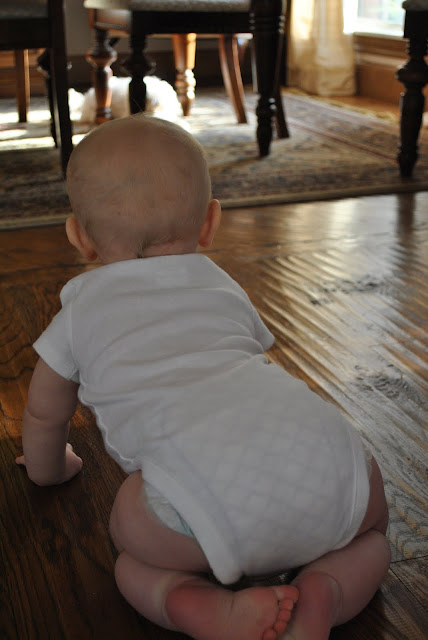 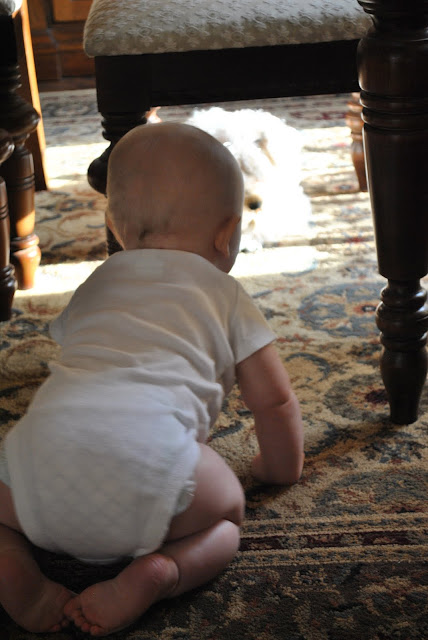 But Charlie knows there's a time to come running to Oliver. As soon as I put Oliver in his highchair, Charlie stands below waiting for lots of scraps. 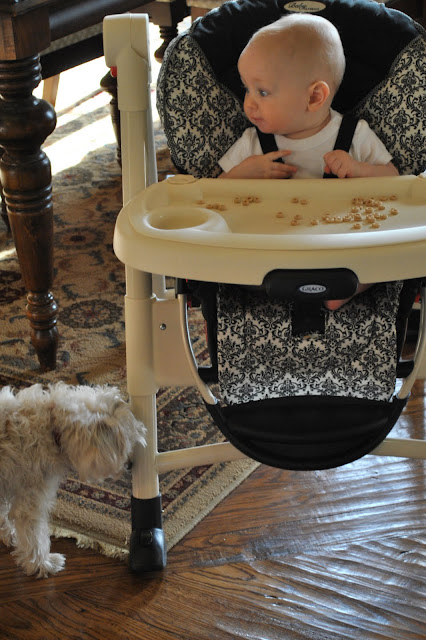