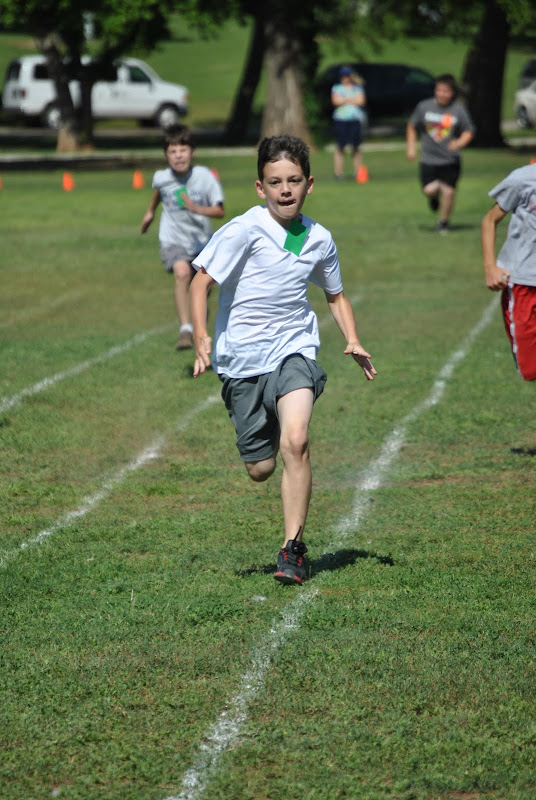 Yesterday Jack Henry, Oliver, Brandon, and I went to the annual homeschool Olympic Day. This is about my 12th year to go. When the kids were younger we would all load up early in the morning with an ice chest full of lunches and drinks, our wagon, sunscreen, lawn chairs, balls, and hula hoops. The day would begin early with the 50-yard dash, and we'd stay late into the afternoon through all the races and events until the very last event where Mary Margaret would most always bring home the blue ribbon in the hula hoop competition. We’ve gone in scorching Oklahoma heat and we've gone in cold wind and sat huddled under blankets. There have been times when we've woken up to rain and Olympic Day had to be postponed. We've sat out with umbrellas under drizzly skies and there have been years when the weather was just perfect. Sometimes Brandon is able to go too. This was one of those years he was able to go for part of the time, coming out to watch Jack Henry before catching a plane to Charlotte.

When we first started going, Lincoln was the only one old enough to compete and we’d all watch him. Then Lillie was old enough, then Mary Margaret, and finally Jack Henry. I remember certain years having to keep up with a toddler while watching the other kids compete and years when I’ve nursed a baby in my lawn chair. And there was the year I had to take Lincoln to the ER. Gradually the kids got older and not all of them competed. I remember Lincoln's last year when he was 16. It looked like men racing against each other. When the girls were little they would sign up for various races -- the 50-yard dash, 100-yard dash, sack races -- but as they got older they would just come out and see friends and watch their brothers. They are ballerinas. My ballerinas are pretty and graceful as they run down the track, but they aren't very fast.

This year it was just Jack Henry competing, with Oliver, Brandon, and me cheering him on. We took our smallest ice chest and a few snacks. We didn't need our big wagon to lug everything around in, just Oliver’s stroller and one lawn chair. It didn't take very long to load everything up, and as we were getting in the car Jack Henry remarked, "We're not running late this year."

So yesterday morning we headed out in perfect weather to Midwest City, where Olympic Day is held, and it was just as fun as ever. This has always been one of my favorite homeschool days. We see friends and have fun. My dad was also there to watch Jack Henry compete. I don't know exactly how many years he's come, but he hasn't missed many. Oliver crawled around on our blanket and pulled up on lawn chairs. He dug in the ice chest for whatever he could find and was finally worn out and fell asleep in the stroller. Jack Henry saw friends from church and basketball and came home with several ribbons.

One of these days Oliver will be old enough to compete. It will be about the time Jack Henry is too old. But, Lord willing, I have at least 15 more Olympic Days ahead of me. 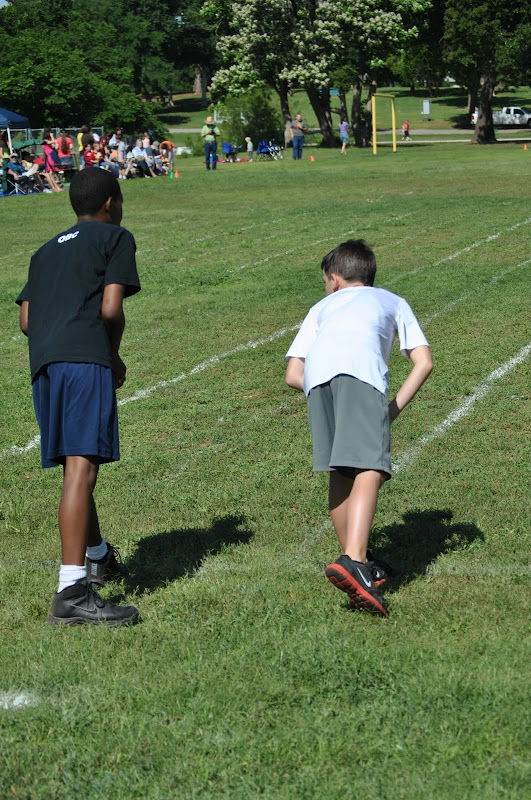 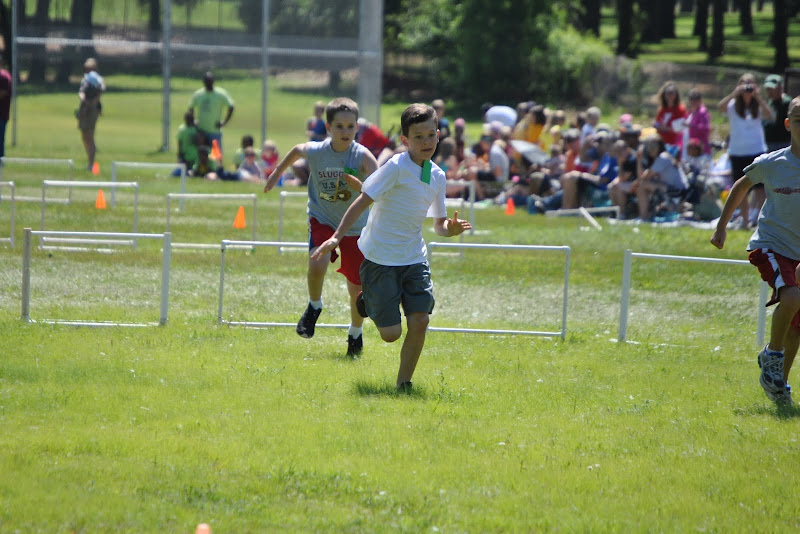 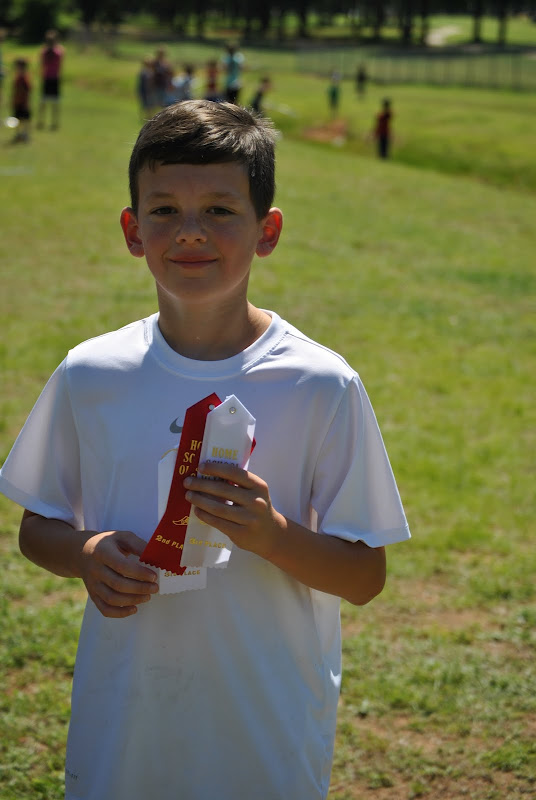 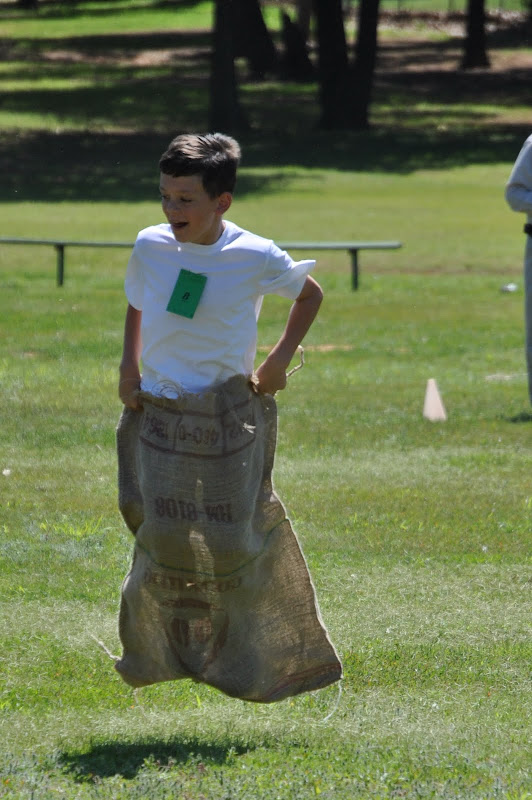 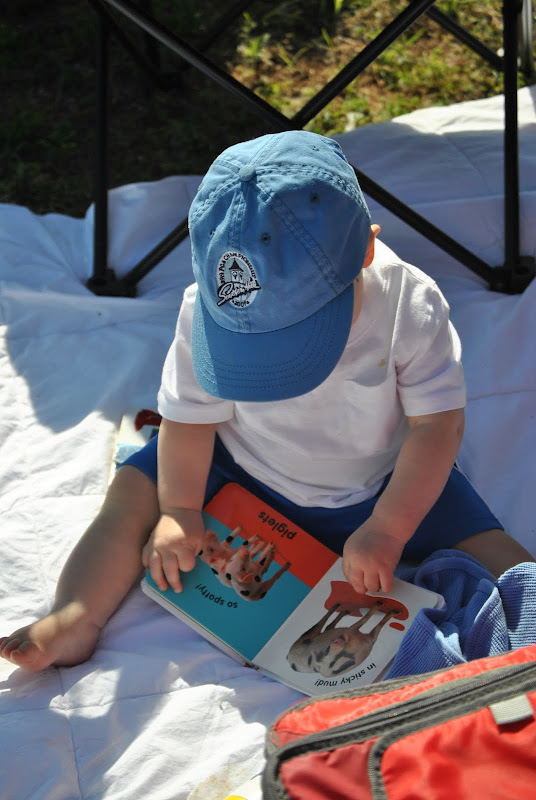 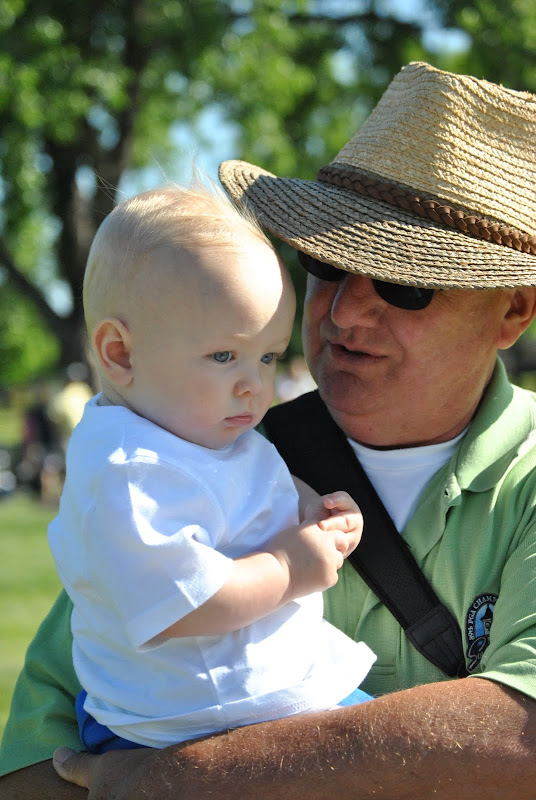 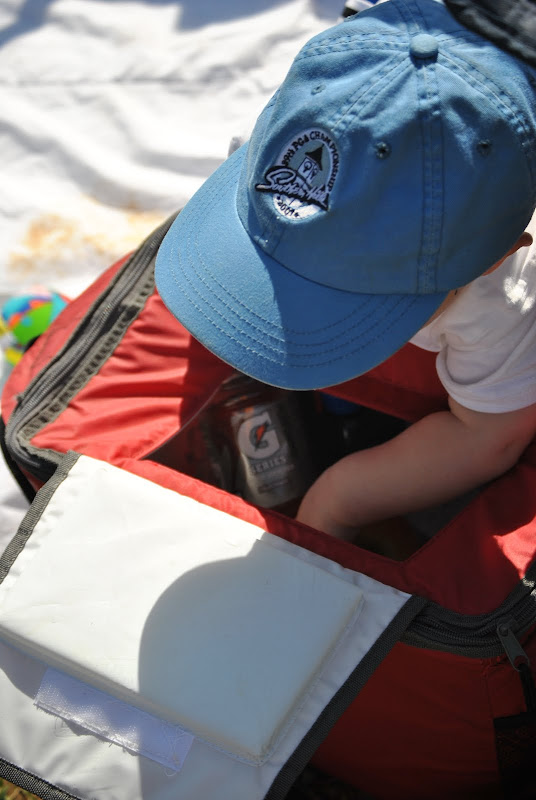 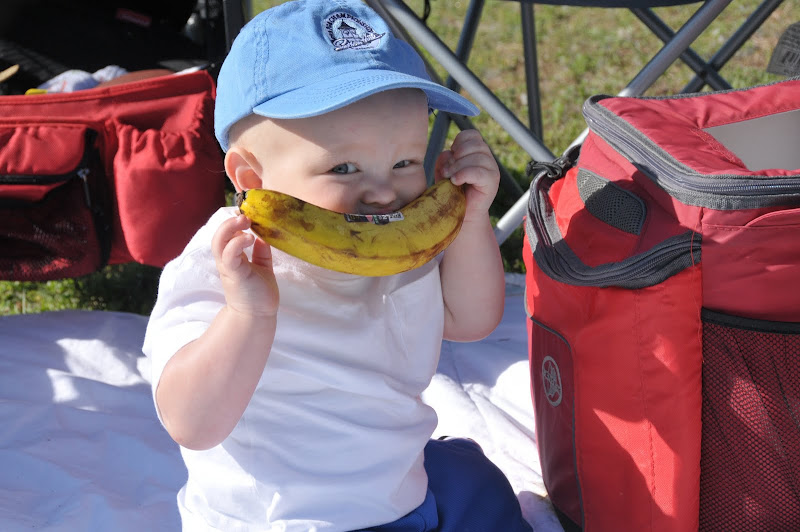 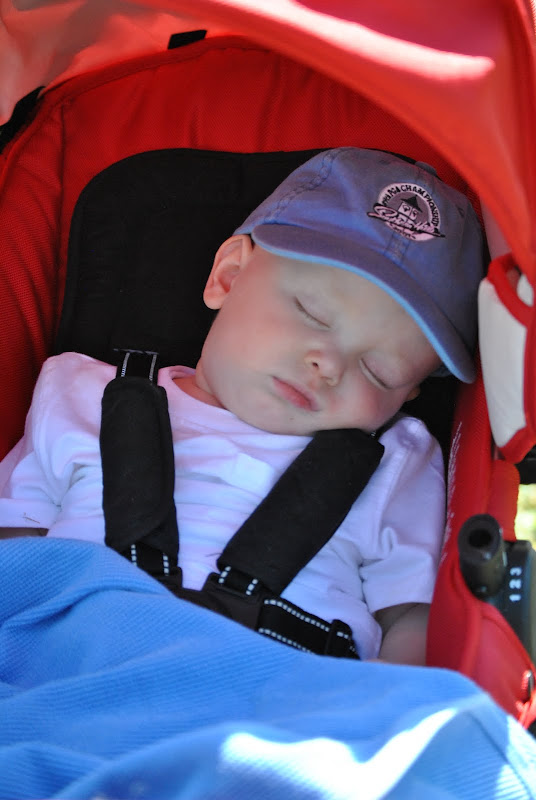