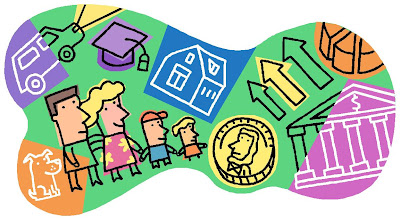 Napp Nazworth reports in the Christian Post on a symposium last week in Washington, D.C., in which panelists made the case that public policy should favor child bearing and rearing.


Allan Carlson, president of The Howard Center for Family, Religion & Society, argued that in the current debate over the "fiscal cliff" he would favor expanding the child tax credit for the wealthy in exchange for higher tax rates on the wealthy.

Carlson suggests increasing the child tax credit to $1,250 per child. (It is currently $1,000 per child, but will return to $500 per child if no agreement is reached on the fiscal cliff.) The credit is phased out for couples earning more than $110,000. Carlson favors increasing that cap and paying for it with higher tax rates on the wealthy, thus benefiting the wealthy who bear and raise children while increasing taxes on the childless wealthy. ...

Besides expanding the child tax credit, Carlson had three additional policy proposals [similar to what he suggested to me at a symposium in 2010] intended to reverse the decline in child bearing and marriage.

First, Social Security beneficiaries should get a bonus for the number of children they raised who reach the age of 19 without a criminal record and with a high school diploma. ...

Second, the tax credit for the costs of dependent care should also go to parents who provide full time care for their own children at home. ...

And third, the government should forgive 25 percent (up to $5,000) of the federal student loan debt for every child born to or adopted by parents, because, "this is the best way to undo the human damage created by the system."