The Southern Poverty Law Center Is a Dangerous Joke. Why Do Reporters Use It as a Source? 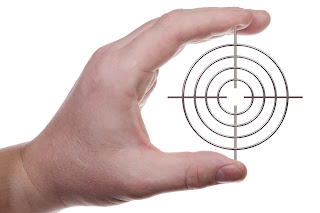 "The Southern Poverty Law Center almost got me killed," writes attorney Casey Mattox. "Why does the media still propagate its 'hate' map?"

Maajid Nawaz wonders the same thing. The Muslim author known for his courageous warnings against jihadism now finds himself on the SPLC's anti-Muslim "extremist" list and is a thus a target for violence, as he explains in this fascinating conversation with the atheist Sam Harris (whose podcast, perhaps surprisingly, is one of my favorites).

The SPLC "has become a dangerous joke," says attorney David French. "Reporters should stop using it as a source." Yesterday 47 conservative leaders and organizations urged reporters to cut ties with the SPLC. The SPLC "is far from a reliable, nonpartisan, and authoritative source," adds Mark Pulliam. Its principal function today "is to provide an aura of respectability to liberal journalists wishing to disparage conservative groups and to provide cover for political battles."

Reporters (and their editors)—including at the Tulsa World, The Oklahoman, The Journal Record, the Associated Press, KFOR, News9, and others—continue to treat SPLC as an authoritative source. Alas, this is one more reason that only one in seven Republicans trust the media.