[This post is updated regularly.]
“If you are in the PCA, barring a miracle from heaven, your denomination is finished," Douglas Wilson wrote in 2018 (PCA, R.I.P.). "Either believe the Bible, all of it, or just cut to the chase and call yourself a liberal. And once you are a liberal, there will be absolutely no remaining principle of resistance when the LGBTQ-plussers are speaking as confidently as all dammit at the microphones of your General Assemblies. So whatever you say, apart from massive repentance, your beloved denomination is going to assume room temperature shortly. Count on it."
Why is this the case? Well, in short, Jon Payne explained in 2020 (“The PCA’s Very Slippery Slope”), “a growing number of our ministers and churches are conforming to the world’s values, attitudes, and ideals, especially as it concerns homosexuality and the social gospel. The future doesn’t look good for the PCA. Frankly, the future looks pretty bad, and I’m not alone in my assessment. … Progressivism is a fast-moving slippery slope in the PCA, ultimately leading to the idolatrous mire of theological liberalism … Unless the PCA—from her pulpits and courts—decides not to conform to unbiblical views on human sexuality, social justice, and critical theory, it will be impossible to avoid a denominational split. The inescapable fact is that confessional Presbyterianism and theological progressivism make terrible roommates.”
Is there any hope that things can be turned around?
Reason for Hope?
Tim Bayly doesn't see a reason for hope. He says that "passing this or that modulated statement of an earlier less-modulated statement" at the 2021 PCA General Assembly, while still having no intention of actually disciplining liberals, is meaningless.
"There are enough loopholes in the proposed changes," Larry Ball adds, "to continue to allow Side B Homosexuals to continue as officers in the PCA (or be admitted to the PCA)."
"I was glad to see the step toward confessional fidelity that the new BCO language may be," a young woman named Katie wrote on Twitter. "I was even more encouraged by the RE turnout that seems to indicate some have finally woken up to the fact that the PCA is in danger. But I fear it may be too little too late. In an ideal world, where the new overtures receive 2/3 support in presbyteries and then are actually enforced at presbytery level, this will merely cut off one small tentacle of the beast of wokeness / standpoint epistemology that has almost swallowed PCA whole."
On the other hand, Todd Pruitt is encouraged. The 2021 General Assembly saw record attendance, especially among ruling elders, and he believes the General Assembly sent a clear message.
Pastor Aldo Leon likewise is encouraged.
Jon Payne also sees a bright future for the PCA—without a bigger tent. Creating space for "two culturally driven ideologies"—Side B gay Christianity and Critical Race Theory (CRT)—"will facilitate serious and irreparable damage and division. Therefore, they must be rejected. There is no room for compromise. The Assembly’s voting margins from last week foster hope that the PCA’s future plans do not include tent expansion. We mustn’t make room for Side B and CRT."
Carl Trueman was likewise encouraged: "In the last few days, I have spoken to a number of GA commissioners. They seem to agree that at the GA, 'the little guys stood up' (to quote one commissioner verbatim). Ruling elders—commissioners who are not professional clergy and who live in the real world—turned out in force. Small churches scrimped and saved to send their pastors. The big urban churches, even with the social media savvy and the careful organization of the National Partnership (that most un-Presbyterian of things—a lobby group that operates outside the courts of the church), were beaten by the votes of culturally anonymous and culturally inconsequential congregations. And, to quote said commissioner again, the PCA voted to uphold the Christian sexual morality of the last two millennia, rather than that of merely the last two decades."
Trueman believes that "for the progressives, their own rhetoric of listening and inclusion now poses a problem for their strategy. ... Having had their approach so roundly defeated by the GA, are they prepared to listen as humbly to their fellow presbyters as they have apparently been willing to listen to culturally dominant voices in society at large? Or will they simply blame the result on the bigoted, troglodyte ignorance of the majority? Initial responses on Twitter suggest that the latter might well be the case. For example, one prominent opponent of the GA’s decision has declared on Twitter that it is the result of Southern pietistic moralists. Such a response gives little hope that the progressives will engage in any significant self-criticism at this point. That is unfortunate and, if it persists, would imply that the progressive language of love, unity, and dialogue amounts in practice to nothing more than sententious sanctimony designed to serve a broader political purpose."
Ryan Biese says "the PCA remains a sound denomination and if the actions of the 2021 General Assembly are ratified, the result will be a more faithfully Reformed and Presbyterian communion than it was last year." He believes we could see "departures by those who were not 'of us' as they grow frustrated with our commitment to uphold the standards of the denomination; they will begin to affiliate with more like-minded, progressive faith communions." One can hope. (Todd Pruitt suggests that many progressives are in fact headed out the door, while others would like to resign in protest but frankly need the paycheck.)
Below are some further reading materials. 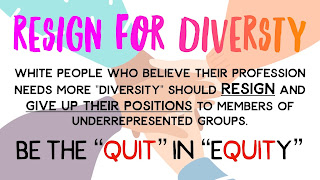