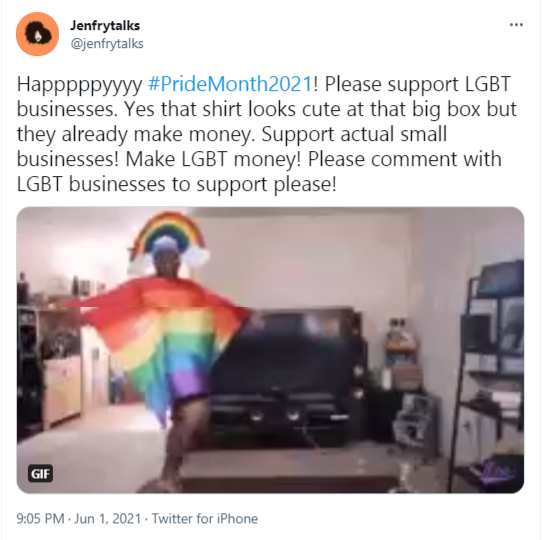 [This post is updated regularly.]
Harvard Business School professor Clayton Christensen predicts that half of U.S. colleges and universities will close or go broke in the next decade. Oklahoma Christian University (OC) may well survive and thrive—though with a price tag of $130,000 for a bachelor's degree, I don't think it's a given. Disruptive innovation is a powerful force, and even now Forbes gives OC a financial health grade of only C-minus. Moreover, OC could stumble if it chose to alienate a good chunk of its base, namely, faithful Christians who don't believe the church has misunderstood the Bible for 2,000 years. (As law professor Glenn Reynolds famously says, “Get woke, go broke.”)


Navigating their hard paths, administrators tend to offer very, very gradual change in the direction of student safety and a measure of inclusion. Permitting a campus support group for LGBTQ students is a common first step, as is communicating to students that the school is a safe place to wrestle with their sexuality. Next, a school may hire sympathetic student life staff. A bit more difficult is altering campus behavior codes to reduce the comparative stigma of straight versus gay sex. The school may even host campus events or classes to deal honestly with the contemporary LGBTQ conversation.

This is all a start, but from the perspective of those committed to inclusion, it is not nearly enough. LGBTQ students eventually demand more than safety, dialogue, and a friendly campus life staff. They want their existence and selfhood destigmatized. They want to be fully accepted for who they are.

Rather than going down that destructive path, one sincerely hopes that OC will speak the truth in love to its students. One OC student who uses the pronouns “they/them” announced on Twitter this week that this student would soon be giving a talk about “gender expression and gender identity” at an OC chapel service called “Safe at Home.” (According to the student newspaper, Safe at Home "provides a safe space for conversations about gender, sexuality, and the church by providing a feeling of being ‘safe at home’ for students.") One OC professor, though he wasn’t able to attend the chapel service, replied: “I’m confident God spoke wisdom through you.” To which the student replied, “Thank you so much, I believe this was an amazing first start to a change that needs to happen around campus.”

Albert Mohler, president of the Southern Baptist Theological Seminary, has seen it all before. Theological liberals like Gushee are trying to remake Christianity, Mohler said yesterday. But of course, “we do not believe that Christianity can be remade,” he added. Mohler is worth quoting at length:


[A]nything that is remade and called Christianity isn't actually Christianity. It's a new religion that is claiming Christianity, but it's actually replacing biblical Christianity with something very different.

Now, that project has been going on rather explicitly now for nearly 200 years. This is the project of liberal Protestantism. It is the project of those who want to revise, and in their own words, restructure evangelicalism. It's the pressure of the so-called evangelical left, which is basically just taking up the arguments of the modernists and liberals of the early 20th century and bringing them up to date with new social media energy in the 21st century. ...

The problem we're talking about here is at least in large part the failure of administrators to hire rightly, for schools to be adequately confessional and convictional about their commitment to a biblical sexual morality, which only makes sense if you're committed to the authority of Scripture, which only makes sense if you are committed to historic Christian Orthodox theology. …

Speaking of the stereotypical academic administrator, Gushee writes, "... Christian college presidents and provosts are almost universally conflict-averse. Often very poorly equipped to deal with the theological, biblical, and ethical issues at stake, all they really want to do is keep everyone happy." …

Well, here's the problem: Trustees and search committees who elect academic administrators who are poorly equipped to deal with biblical, theological, and ethical issues have basically committed the suicide of their own institutions. And they do so, again, because they are looking for the wrong qualifications. They're impressed primarily with fundraising. That's not irrelevant, but it is not of first importance for a Christian institution. They are concerned with team building and all the rest, but the only team worth building is a team committed to historic biblical Christianity. Otherwise, they're playing for the wrong team. ...

This is the temptation we see so many evangelical schools succumbing to, and that is you allow the formation of an LGBTQ student group. Well, here's the problem. Once you do that, you have already bought into the identity construct and you have just invited a group of your own students to oppose the most deeply held convictions that are supposed to establish the identity and character of the school in the first place. ...

[Gushee] talks about altering campus behavior codes to reduce, note this language, “the comparative stigma of straight versus gay sex.” Well, if you can overcome that stigma, you’ve got to overcome the Old and New Testaments, but that's really what's going on on so many of these campuses.

But then again, it won't be enough. Dr. Gushee makes that point when he writes, “This is all a start, but from the perspective of those committed to inclusion, it is not nearly enough. LGBTQ students eventually demand more than safety, dialogue, and a friendly campus life staff. They want their existence and selfhood de-stigmatized. They want to be fully accepted for who they are. Ultimately, most want Christian colleges and seminaries to abandon traditionalist Christian teaching that harms them deeply.”

I want to speak from the experience of one who's been working in Christian higher education for many decades now. A school that is not both privately and publicly, absolutely committed to historic biblical Christianity when it comes to sexual morality, gender, sexual identity, and everything else, is a school that is accepting the terms of the sexual revolution and is surrendering perhaps in what appears to be a slow surrender. But it's only going to be slow in the beginning. It's going to be very quick in the end. …

The believing church must always be ready to be corrected by Scripture, but we have no right or authority to correct Scripture. It is, after all, the Word of God. And the Christian church has not misread the Scriptures for 2,000 years. It has read the Scriptures rightly when it comes to the crucial issues here at stake.

One hopes that OC faculty and administrators will do that. Speak the truth in love to all OC students—whether they're same-sex-attracted, multiple-women-attracted, thy-neighbor's-bank-account-attracted, or whatever—imploring them to repent and believe the gospel. Continue to build relationships with students, offering pastoral counseling or mental-health services when needed. But never trade historic biblical Christianity for something less.